Gamevasion and Samsung win the Amber Event Award in the “Best Live Stream 2020” category for product integration at gamescom 2020.

Berlin – The winners of this year’s “Amber Event Awards” have been announced and in the “Best Live Stream 2020” category, the German gamescom alliance consisting of Freaks 4U Gaming, Rocket Beans Entertainment, and INSTINCT3 together with Samsung were able to come out on top.

An international jury honored the three companies with the award for their digital event Gamevasion. The event hosted a colorful program of gaming and entertainment shows with 23 talents on their Twitch and YouTube channels running parallel to gamescom 2020. “Gamevasion brought the offline gamescom feeling into the online communities and set new standards for digital gamescom reporting in terms of the concept, the results, and the fans,” stated the official reasoning for the award.

The successful and authentic advertising concept for the customer Samsung, who was one of the main sponsors and was permanently integrated into the Gamevasion, was highlighted as a particular success. “In times of social distance, it is important that we create digital opportunities for positive encounters. As a brand, we want to be close to people and connect them emotionally with one another through our products – gaming and Gamevasion is the ideal platform for us,” said Mario Winter, Senior Director Marketing at Samsung Electronics GmbH about the Gamevasion.

It was particularly important for Samsung to reach the target groups of Millennial and GenZ gamers, which is why the company decided on a mixture of product placements and logo integrations together with a competition and integrations into the chat. The results of the campaign speak for themselves. Targeted audience numbers for the Gamevasion were exceeded with the event hitting a total of 5.7 million views, while the competitions and the specially created landing page by Samsung also recorded an above-average number of visitors.

Between August 26th to August 30th the Gamevasion offered a diverse mix of high-class entertainment, wild gaming battles, and extensive gamescom coverage. At its peak, 41,780 live viewers followed the shows across the channels of Rocket Beans TV, HandOfBlood, Trymacs, Rewinside, and Maxim simultaneously. The Gamevasion has achieved a staggering 86,131,740 watched minutes with its live spreads and VODs on Twitch and YouTube so far. On the social media channels of the Gamevasion, seven million impressions all around the event have been recorded in total. 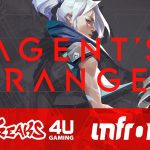 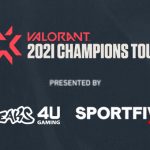