The new community will feature high quality editorial and video content and host various tournaments throughout the year. The partnership between Freaks 4U Gaming and Infront focusses on the commercialisation of the platform through upcoming tournaments and broadcasts.

VALORANT is a tactical free-to-play shooting game for PC and is one of the most-popular esports titles on Twitch with 81% of players falling into the 18-34 demographic.

Freaks 4U Gaming has already successfully published esports platforms including 99Damage for Counter-Strike: Global Offensive and Summoner’s Inn for League of Legends, both the largest gaming and esports communities in the German-speaking market for their respective games.

As part of the launch Agent’s Range will host its first tournament, “Kingdom Calling”, on 6 November 2020 live on its Twitch (https://www.twitch.tv/agentsrange) channel. Samsung, AMD and Red Bull will sponsor the first tournament which will feature several well-known teams and influencers. It will be followed by additional community tournaments in December 2020.

The strategic partnership between Infront and Freaks 4U Gaming ensures perfect integration for advertisers, sponsors and partners to join Agent’s Range as it aims to become the largest and most significant VALORANT esports platform in Austria, Germany and Switzerland.

Marco Niemann, Freaks 4U Gaming’s Vice President Commercial, said: “With Agent’s Range we are going to build the go-to-platform for VALORANT fans in Austria, Germany and Switzerland, offering brands a unique opportunity to get involved in one of the most hyped games in esports in recent years. With Infront we have found the perfect partner to commercialise our vision and look forward to creating high-quality and beneficial brand integrations for our partners.”

André Fläckel, Infront’s Head of Gaming & Esports, said: “Joining forces with Freaks 4U Gaming is the next logical step to accelerate our ambitions in esports. The interest in VALORANT is rapidly increasing, both from a player and viewership perspective. Building Agent’s Range together with Freaks 4U Gaming from scratch is a huge opportunity and will open various fantastic avenues for Infront and its clients. Welcoming partners like Samsung, Red Bull and AMD as part of our launch tournament is even more exciting and shows we are heading in the right direction.”

Marco Sautner, Managing Director, Infront Germany, said: “We are thrilled to be involved with an uprising esports title VALORANT alongside Freaks 4U Gaming, a trusted partner in the esports industry. We see a strong appetite from brands for esports and the need to educate brands to find the right platforms for their needs is still evident. It is our goal to provide sponsors with high-quality advertising opportunities in esports.”

More info on the new platform can be found on its own channels:
Twitter
Instagram
Twitch
Discord

About Infront
Connecting fans and consumers to the greatest sports events, Infront, a Wanda Sports Group company, offers everything an event or commercial partner needs to be successful. With a team of over 1,000 experts working from 45 offices across more than 16 countries around the world, Infront is equipped to tackle any challenge – be it innovative digital solutions, world-class event operations, international media rights distribution, sponsorship sales and activations or cutting-edge media production. Headquartered in Switzerland, Infront is passionate and #AllAboutSports. @infrontsports www.infront.sport. 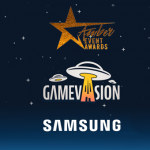