Starting this year we are kicking off a strategic and long-term collaboration with League of Legends developer Riot Games and sports marketing agency Lagardère Sports Germany. The first step of this partnership is the continued realization of Premier Tour 2019, a tournament series for League of Legends players in Germany, Austria and Switzerland. Collaboration between the three companies will continue in the years to come and aims to spawn a new and leading regional league in Europe in 2020.

By creating this new format, Riot Games, Freaks 4U Gaming and Lagardère Sports Germany will establish a new exclusive league for German-speaking teams and set a new standard for esports in Germany, Austria and Switzerland. Hence, contributors will propel the professionalization of the market and create a sustainable ecosystem for players, teams and corporations.

Lagardère Sports Germany has built up a reputation by marketing 14 professional football teams and the League of Legends European Championship. Now, the Hamburg-based agency will be involved in the authentic integration of partners and the arrangement of the new national league.

Riot Games has been our partner since 2015, where we hosted “The Main,” Germany’s biggest public event surrounding the League of Legends World Championship 2015 in Berlin. The event saw 3,000 fans on-site and more than 300,000 viewers tuning in to our German-speaking stream on Twitch. Thanks to Riot Games’ exclusive license, we are still broadcasting each league, event and tournament for the German-speaking audience to this very day. 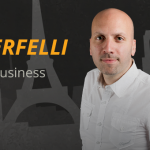 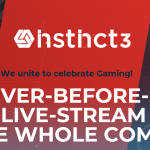 Freaks 4U Gaming, INSTINCT3 and Rocket Beans Entertainment are forming a digital-gamescom-alliance