Hamburg, June 23rd 2021 – Gnu, Rocket Beans TV, Maxim, Kalle and HandOfBlood invite you to the Gamevasion! On their channels, which gather a total reach of 2.155.000 Twitch followers and 3.708.000 YouTube subscribers, they will kick off a varied entertainment program from August 25th – 27th parallel to gamescom. As a partner of gamescom, Gamevasion opens its streams live on the opening night. A daily news segment provides viewers with the latest news about gamescom.

The complete program of the Gamevasion – created by the joint forces of gaming and entertainment experts Freaks 4U Gaming, INSTINCT3 and Rocket Beans Entertainment – will be a mix of variety gaming and entertainment shows. One of the program highlights in 2021 is the gaming duel “Hamburg vs. Spandau”. After Hamburg brought the victory to the Hanseatic city last year, the people of Spandau are excited to recapture Germany’s most important battle title. A new edition of the “Gamevasion Championships” is also planned. In various mini-games and disciplines, four opponents prove their skill in gaming, dexterity, pop culture knowledge and mental resilience.

Gaming enthusiasts can also look forward to shows about new hardware, game releases and Let’s Plays. Further high-reach influencers will complement the program selectively so that the Gamevasion offers a varied range of entertainment once again.

Etienne Gardé (Rocket Beans TV): “The Gamevasion is an absolute mega spectacle. In addition to celebrating the latest games during gamescom, the German gaming elite and Spandau will meet again in an epic battle – good versus evil, the Shire versus Mordor, city versus outskirts, skill versus…little skill -, to bring the trophy back to Hamburg. As the figurehead, inventor and face of Rocket Beans, I, Etienne Gardé, nerd quiz winner of season 2 and runner-up in the “Neckermann Street Fighter 2 Tournament” from ’89, am especially looking forward to this event!”

Maxim: “The Gamevasion last year was a great event for me. Not only was there a lot of gaming but I also learned a lot about moderation! And this year we will do it even better. The biggest question however is whether Spandau will recover after losing to Hamburg! The smell of revenge is in the air!!”

Gnu: “I’m so excited to give Gamevasion a female face. I think the prioritization of diversity is great and will be an important addition next to entertainment this year!”

Kalle: “After being only a guest at Gamevasion last year, I’ll be hosting the event this year! The Gamevasion Championships were an absolute premium product for me. Unfortunately, we lost to Hamburg in the city duel. I’m however really excited to see how the Gamevasion will play out this year!”

In addition to the Gamevasion program, the production company alliance will also implement white label productions for publishers and other interested parties around gamescom.

For those interested in further information about the planned program, more details will be released on the social media channels:

For more info on the talent lineup, check out their social media channels: 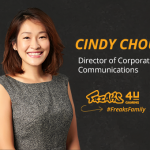