Effective January 1, 2022, Freaks 4U Gaming will take over both top-tier and path-to-pro ecosystems of League of Legends in Northern Europe.

BERLIN, August 20, 2021 – Freaks 4U Gaming, a global full-service agency specializing in gaming and esports, today announced it has been awarded by Riot Games the official license and operating rights of League of Legends Northern European Regional League (ERL). Following the successful League of Legends Prime League for the DACH region operated by Freaks 4U Gaming, a similar multi-division league ecosystem will be implemented for the region consisted of the UK, Ireland, Sweden, Finland, Denmark, Norway, and Iceland. This decision echoes Riot Games’s effort to continue elevate the competitive landscape of the region overall.

Effective January 1, 2022, Freaks 4U Gaming will assume the operator role of the Northern ERL from DreamHack and Telia, taking over both the top-tier as well as the path-to-pro ecosystem respectively. Currently, the Northern League of Legends Championship (NLC) serves as the top-tier competition of the region, while the country-based competition systems including Telia Esports Series, the UK League Championship (UKLC) and Icelandic Esports Open, feed into the NLC via Telia Masters.

Michael Haenisch, CEO, Freaks 4U Gaming: “Freaks 4U Gaming is excited for the opportunity to bring our proven experiences in Prime League to NLC. Together with Riot Games, we will streamline the league ecosystem to tackle challenges related to accessibility, complexity, and competitiveness. With the ultimate goal of providing the best esports experiences and high-quality contents for players and spectators alike, we look forward to replicating our success in the DACH region for Northern Europe.”

Alberto Guerrero, Director of Esports EMEA, Riot Games: “Freaks 4U Gaming has been our trusted partner in successfully running the Prime League in the DACH region and now the Northern ERL. We are pleased with our new endeavour, as well as Freaks role in supporting us to implement the European ecosystem-wide changes we are looking to introduce to all ERLs from 2022.”

With more details to be announced in the coming weeks, the following changes are confirmed by Riot Games in an official statement:

The license agreement of League of Legends Northern ERL marks the first step of Freaks 4U Gaming’s ambition to expand and solidify its Pan-European footprint, which is part of the company’s forthcoming growth initiatives with the recently announced investment of €15 million from Co-Investor Partners. 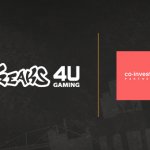 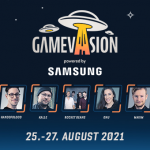