The renowned Financial Times has released its annual FT1000 report, which lists the 1000 fastest-growing companies in Europe ranked according to their growth in revenue. Thanks to a strong revenue growth of 346% between 2013 and 2016, we earned 464th place on the list.

In collaboration with the statistics portal Statista, the British business magazine Financial Times released the first issue of the report last year. The latest report is available online and as a special print edition. The print edition of “FT1000: Europe’s Fastest-Growing Companies” will be available as of April 30. 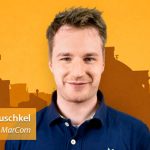 Freaks 4U Gaming establishes branch office in the heart of Cologne