Founded in December 2015, the Spandauer Inferno is unlike anything else. This esports team consists of five influencers from the German League of Legends scene: Jona “JustJohnny” Schmitt, Nico “Sola” Linke, Kevin “kev1n” Rubiszewski, Philipp “Kutcher” Traub and Tim “unlckyme” Feichtinger.
Just recently they celebrated the most epic triumph of their careers — in July 2018 they won the King of Spandau tournament in front of over 2,000 fans in the prestigious Arena Berlin. Additionally, the Spandauer Inferno creates entertaining content such as the boostcamp, where they train for the next season of King of Spandau. 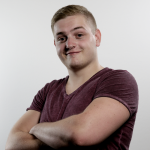 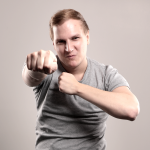