When it comes to tips, tricks, and guides for League of Legends, there is but one personality looming large over the field – Tobias “lessQQ” Holtkamp.
Originally wanting to help his friends improve their game, the videos Tobias produced ended up being so insightful and fun that they garnered him a sizeable community of followers, who now engage both with his YouTube videos and with his stream. Tobias’ incurable good mood and friendliness comes across in his content and makes his tournaments, which he runs for his community, very popular. Also Tobias was a regular guest at the analysis desk of the official German LCS Broadcast and has been a permanent member of the Summoner’s Inn team since 2015! 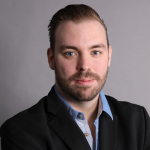