gRumm3l is a true esports veteran. He has been devoted to the scene for over 15 years now, which is reflected in his diverse skill set and experience. He has shone as a caster on the big stage in Cologne, established himself as a reporter at ESL One Frankfurt 2016 and now regularly hosts ran eSPORTS on the German TV channel ProSieben MAXX. As NetMan, he is in charge of esports news from all over the world. Additionally, gRumm3l is a passionate streamer. For over four years now he regularly entertains his YouTube and Twitch community with games such as World of Tanks, PUBG, Heroes of the Storm and Magic: The Gathering. 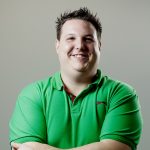 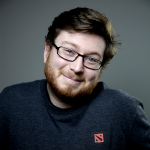